Spray-dried Spirulina powder (Arthrospira platensis), is one of the most concentrated sources of protein available for use in the feeding and cultivation of aquatic animals. More accurately identified as a blue-green cyanobacterium, spirulina powder contains valuable nutritional, medicinal, and color-enhancing compounds of interest to fish-keepers.

Early interest in Spirulina focused mainly in its potential as a source of protein and vitamins. Spirulina is as much as 60-70% protein by dry weight. Grown in alkaline waters, it is also an excellent source of trace minerals (7 – 9% by dry weight). Spirulina contains significant amounts of calcium, niacin, potassium, magnesium, B vitamins and iron. 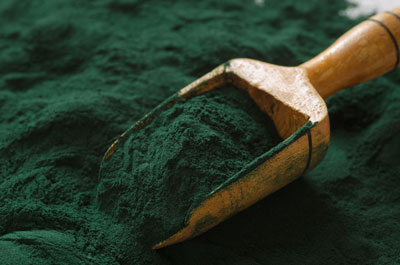 Spirulina is a Rich Source of Carotenoids

Ornamental fish have always been prized for their vivid colors. For that reason, breeders of ornamental fish have an economic interest in the visual appeal of the fish they produce. Unfortunately, the colors of fish kept in captivity can quickly fade with time, especially when fed rations formulated for food fish or rations devoid of the color-enhancing compounds collectively known as carotenoids. Fortunately, spirulina in the diet provides an accessible and rich cocktail of various carotenoids. In fact, the bluish-green spirulina contains ten times the β-carotene of carrots (Algae Industry Magazine, March 2011).

Spray-dried spirulina contains 3000-4870 ppm of carotenoids* consisting of zeaxanthin, β-carotene, echinenone and others. A number of feed trials have shown that over the course of 6-8 weeks, ornamental fish fed diets that include as little as 0.5-2% spirulina exhibited more intense coloration than those fish fed diets absent a source of carotenoids (Achieving Natural Coloration in Fish Under Culture, Ako, et.al., 1999).

Pigmentation in cultured shrimp is of economic importance. Coloration in koi is also a key determinant of value. These aquatic animals are often subjects in studies to determine the effects of carotenoids in the diet on increased pigmentation and color. When fed spirulina the results are definitive. Both penaeid shrimp and cyprinids convert carotenoids to astaxanthin, as evidenced by increased pigment deposition in the carapace and scales, respectively. Inclusion rates of as little as 3% spirulina in the diet resulted in better growth, coloration and feed conversion in shrimp than those fed no spirulina (“A Review of Spirulina as a Carotenoid and Vitamin Source for Cultured Shrimp,” Lorenz; Spirulina Pacifica Technical Bulletin #050, Nov. 1998). In a separate study with clownfish, an inclusion rate of as little as 25 ppm astaxanthin, produced a positive response in coloration (Ako, et.al., 1999).

The preponderance of scientific research shows that colors can be enhanced in captive fish by supplying diets formulated with spirulina. Further, the most efficacious diets include natural sources of carotenoids. At Brine Shrimp Direct we understand the importance of vibrant colors in fish. That is why include significant amounts of spirulina in nearly all of our formulated diets – in both our conventional flake and our unique COOL FLAKE lines, as well as in our prepared gel diets and in some of our frozen formulations. 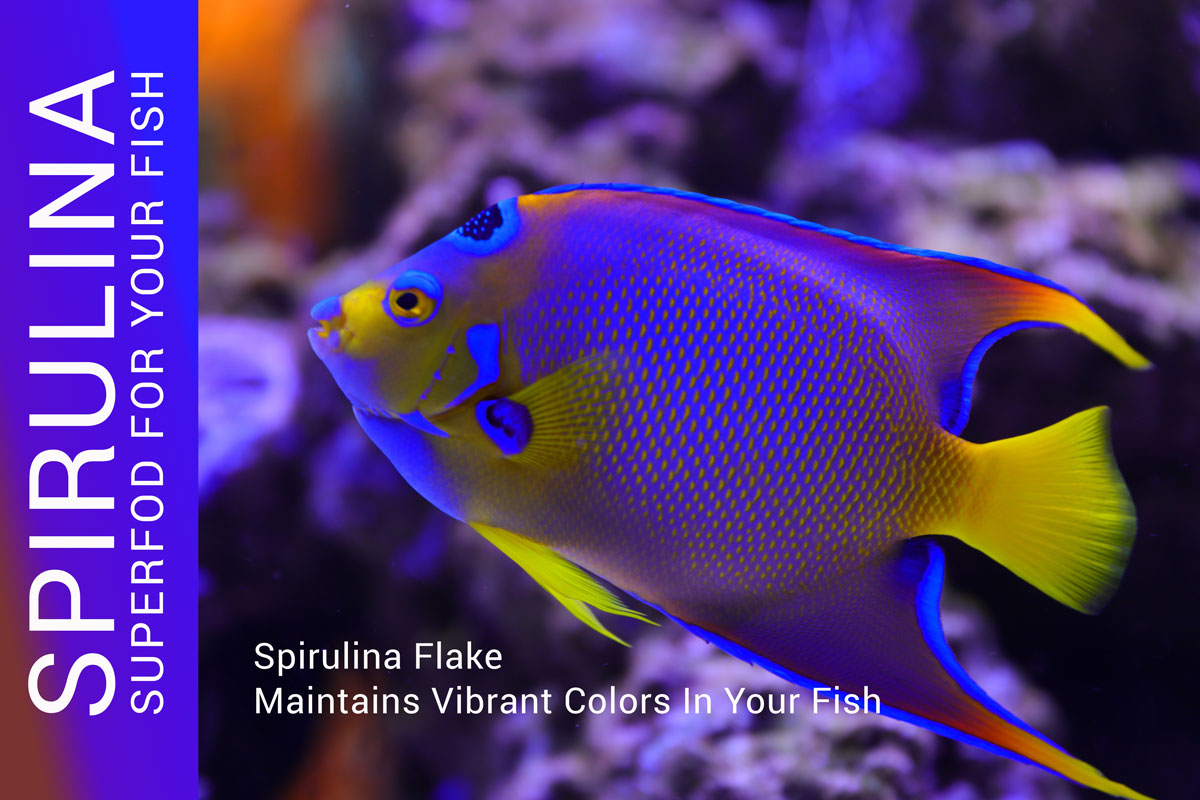 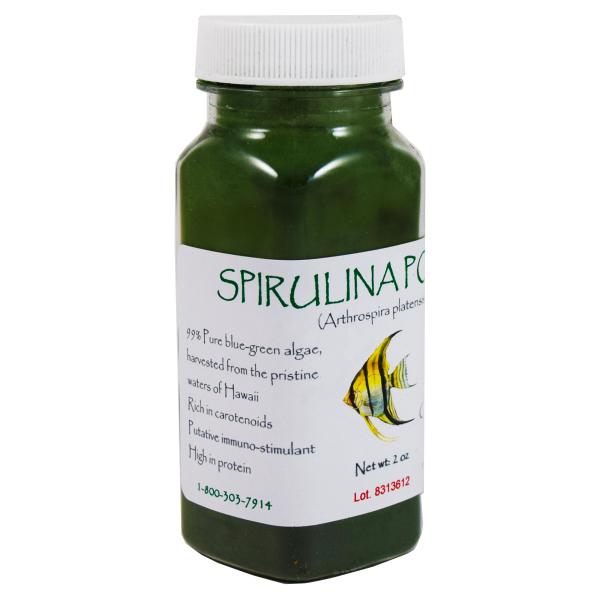 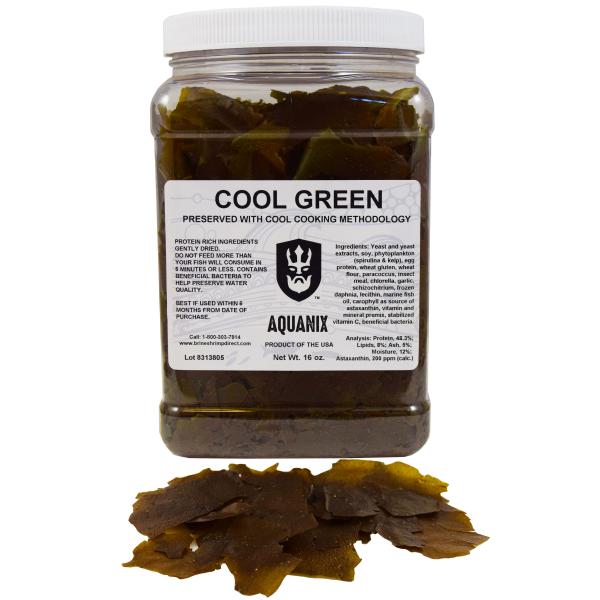 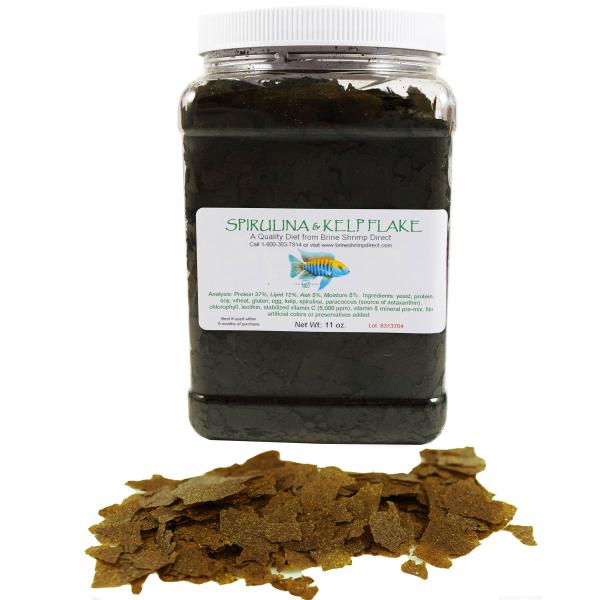 This product is sold out.

Spirulina Can Reduce Reliance on Antibiotics

Diets containing relatively small amounts of spirulina can reduce reliance on antibiotics and other toxic medications.  Antibiotic resistance in aquaculture has also generated interest in spirulina as a natural immuno-stimulant in both fish and shrimp, effectively boosting the immune system in these animals to function at a higher level of activity (Live Spirulina as a growth and immunity promoter for Nile tilapia challenged with pathogenic Aeromonas, Ahmad, 2009).

*Levels of carotenoids in spirulina vary depending upon growing conditions and other factors.

It has been shown that Spirulina algae... 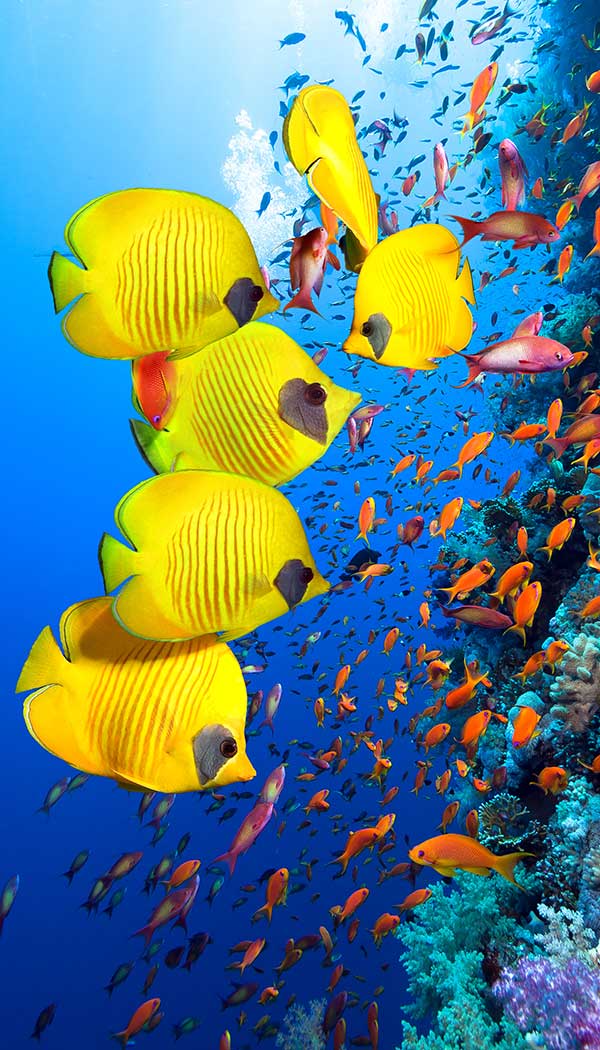