Food Grade Glycerine is added to prevent Tahitian Blend from freezing and to prevent lysing of cells. (Carbohydrates, which include sugars such as glycerine and molasses have been shown to be useful, if not necessary, to support established healthy populations of beneficial bacteria in filters and substrates. The presence of glycerine may not be of benefit to culture systems, e.g., rotifer culture systems, where biofiltration is not employed.) Tahitian Blend is recommended to be fed every other evening at the rate of 1-2 drops per 10 gallons of aquarium volume. This is only a guideline and should be adjusted after one or two weeks of observation. Store in freezer.

REEF TANK owners have found that Tahitian Blend used in conjunction with GP Reef & Larval Diet (5 ? 50 and 50 - 100 microns) results in vibrant growth and color and a beautiful, healthy habitat.

Product ships on Tuesday and Wednesdays only unless other arrangements are made. 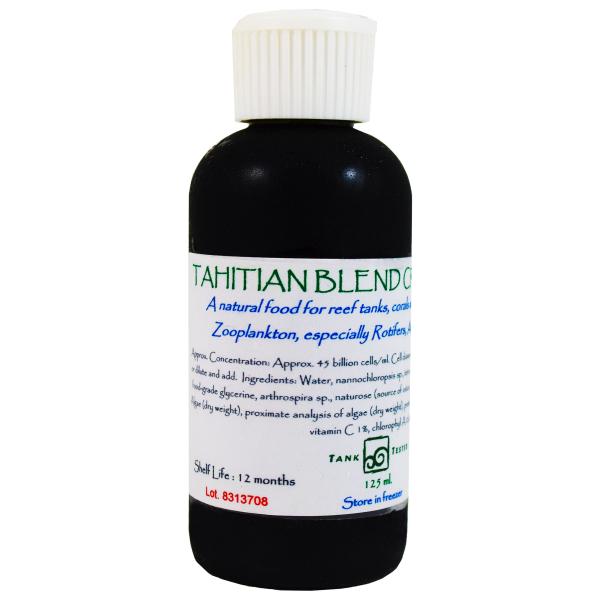 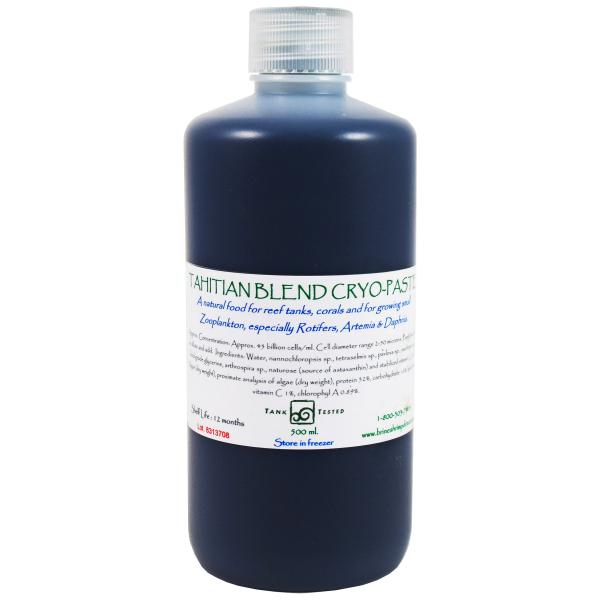